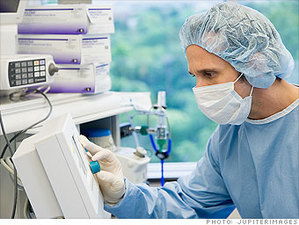 Studies regarding outcomes for anesthesiologists
There are several types of studies regarding outcomes for anesthesiologists. The lowest quality studies seem to be the most oft quoted. Menk et al, published in JAMA in 1990 was a poorly designed and flawed study. It was essentially an opinion survey of all 159 anesthesiology training programs in the USA at that time.
The programs were asked how many residents had fallen victim to addiction in the past ten years and their outcomes. The problem is, because of the confidential nature of addiction, it is typical that no centralized records are kept regarding residents falling victim to addiction, especially during those times prior to 1990. So, it is likely that all of the reports would be based on institutional memory. Furthermore, most program directors, to who the survey was sent had not been at the program for 10 years. So the number of cases were likely under-reported and slanted toward those that did poorly, that are more memorable. Here's what I said about this in my article published in Anesth and Analgesia in 2009.

"The survey studies (Menk and Collins) ... surveyed training program directors regarding the number of residents encountered with substance disorders over the preceding 10 years and their outcomes. Considering the tendency for confidential handling of this type of information, the data from these reports were likely skewed toward poor outcomes, such as relapse or death, which would less likely remain confidential and more likely to be remembered. It was also noted in one of the survey studies that many of the training program directors’ tenure was less than the 10-year study period for which they were being asked to recall cases.
The reported numbers themselves from these survey studies suggest that reports were not complete. For example, 31 of 230 physicians in the Collins survey were “currently in active treatment” leading to their finding of a 0.89% point prevalence of active addiction. Since drug treatment seldom lasts more than 4 months it is reasonable to expect, from the cohort of over 100 training programs, that approximately 93 residents per year, or 930 per 10 years would be treated. Since only 230 cases were identified, about 25% of cases were identified. In the Menk survey of the 159 anesthesia training programs in the USA, 113 responded reporting 180 cases, an average of 1.6 case reports per responding program for a ten year period, clearly a lower number than would be expected, again suggesting under reporting."

​We would be happy to work with any anesthesiologist who is meeting with negativity from their PHP, training program, anesthesia group, or other to help develop a safe return to practice plan.